3 Incredible Chicago Neighborhoods That Will Make You Want to Move 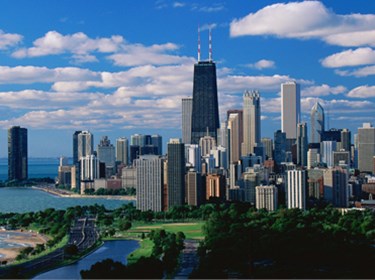 Behind New York and Los Angeles, Chicago is the third largest city – population-wise – in the United States. Millions of people, dispersed amongst dozens of neighborhoods, call Chicago home. Some communities are more well-known than others. Some areas are dangerous. Some areas are beautiful. At A. Arnold, we know them all. Here are 3 of our favorites:

Widely considered to be one of the hippest and trendiest neighborhoods in the city, Wicker Park started coming into its own in the 1990s, when artists, writers, actors and other intellectual types began snatching up cheap rentals. Over the next couple decades, Wicker has experienced a gentrification of sorts, as more Chicagoans began rediscovering the area that, at one time, was predominantly overrun by goats.

Situated between Diversey Parkway south to North Avenue and from Clybourn Ave. east all the way to Lake Michigan, Lakeview hosts the annual Gay Pride Parade, which attracts nearly 1 million people every single year. It’s widely considered one of the more “fashionable” places to live in the city and, therefore, attracts single in their 20s and 30s. Lakeview has two private schools as well as an array of shopping, restaurants and nightspots that are all in close proximity to one another.

Swanky, artsy and completely alive, River North sits between Michigan Ave. to the east, Chicago Ave. to the north and the Chicago River to the south and west. It’s incredible to think that this area, which now hosts the largest concentration of art galleries in the country, was widely considered a slum. Now it is home to the world’s largest commercial building, the Merchandise Mart, which occupies an impressive 4.2 million square feet.

If you are planning a move to or from Chicago, don't hesitate to call A Arnold World Class Relocation.  We are here to facilitate a stress-free move for you.

Recent
Should You Move in 2020?
How to Pack Efficiently for Your Move
Top Tips for Streamlining Your Next Household Move
Five Tips for Moving with Pets
Ways to Save Money on Your Upcoming Move