How to Manage the Stress of an International Move 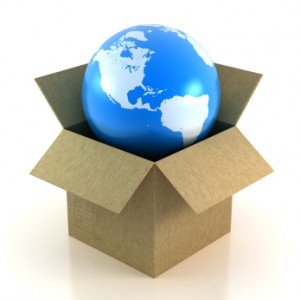 Many people are surprised to learn that relocating internationally is far more of a mental burden than a physical one. While the actual act of relocating does take a heavy toll on your body, it's nothing compared to the mental stress one experiences when settling into a foreign country. Specialists refer to it as the U-Curve, and it is broken down into three separate periods: Period 1: Excitement. Also referred to as the "honeymoon" phase, this is a short period before and immediately after your international movers leave you alone for the first time. Period 2: Reality. The fact that virtually everything is different from what you're used to can be extremely difficult for many people. A new language to learn coupled with driving on the other side of the road and acclimating yourself to new food and a slew of other differences typically bring us to the lowest part of the "U" Period 3: Acceptance. Reality is what it is, and after a period of getting used-to, most people embrace the new culture they're surrounded by (given that it fundamentally suits them in the first place).

Some researchers now see the "U" portion of international moves to be only one part of the entire mental process. They say that there are, in fact, two dips. It's referred to as the W-Curve. The second dip symbolizes individuals and families who are once again utilizing international moving services and returning home. Often times, this is a much harder process than it seems. After an extended stay overseas, you can become just as accustomed to foreign life as you were to life at home. People can also experience difficulty adjusting to family and friends after being away for long periods. This often happens with soldiers stationed overseas, even if they're not afflicted by PTSD.

For business people coming back home from an extended period abroad, we recommend connecting with your company's repatriation counselor. If your company doesn't have one on staff, request to visit an outside professional. Connecting with someone who understands the stresses of repatriation can be particularly beneficial, as it gives you the chance to explore you’re the potential hardships associated with returning home -- hardships that are both obvious and subconscious.

Recent
Should You Move in 2020?
How to Pack Efficiently for Your Move
Top Tips for Streamlining Your Next Household Move
Five Tips for Moving with Pets
Ways to Save Money on Your Upcoming Move